View here
Hijiri Kurisu is the female representative for the month of December. She is a goddess candidate attending Diana Academy, and is a member of the unit Fluna. Her producer is Satsuki ga Tenkomori, and she is voiced by Kanemoto Hisako.

Kurisu is a fair-skinned young female with long blonde hair tied into waist-length pigtails and metallic gold eyes. She, together with Seleas' leader Tendouin Tsubaki are the shortest among both the male idols and the goddess candidates, although this is mostly because they are also the youngest.

Kurisu has been nicknamed a pure and petite "Princess", known for her frank and un-sugarcoated manner of speaking, although at times unrefined.[1] While she comes off as uptight to most, she is actually quite weak to criticism and is easily moved to tears, and she makes sure not to show this weak side of hers to others. She exerts great effort into becoming a goddess, and has actually managed skip grades and become the top scorer among the first years during the entrance exams.[2]

She is also very stubborn and determined, always seeing things she's decided on until the end. Rather than being stopped, she ends up forcing those around her to go with what she has decided on, even although oftentimes her efforts end up being fruitless; a consistently lovable klutz.[2]

Kurisu does have a playful, childish side to her, at times loud and haughty, but she does not mean ill to anyone. She can also be embarrassed easily, and can get quite shy at times.[3]

Kurisu is not familiar with Earth customs such as Christmas and the Hina Matsuri (Girls' Day), which implies that she was probably born and raised on the Moon. Not much is known about her family, except for the fact that her parents are usually very busy at work, to the point that Kurisu doesn't go home during consecutive holidays and stays at the dorms.[4][5]

As with most of the goddess candidates, Kakeru sometimes appends "-chan" when referring to Kurisu, implying a sense of familiarity between the two. When given the chance to interact, the two get along quite well, with Kakeru acting as a sort of older-brother figure to Kurisu, such as scolding her when she spoke in a rather crude way.[1]

Before they began living in the school dorms, Kurisu and Tsubaki were neighbors. They also used to attend the same school, and because Kurisu skipped a grade, she is a senior to Tsubaki. They're not only childhood friends, but also rivals, and best friends.[6] Because of that and the apparent tendency of pairing childhood friends together (e.g. Arata-Aoi and You-Yoru) Tsubaki showed interest in forming a combi with Kurisu, which the latter rejected with the reason that they belonged to different units and resulted in Tsubaki teasing her for being bashful about it.[7] 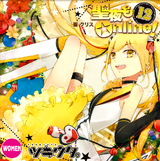 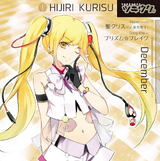 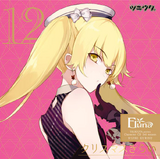 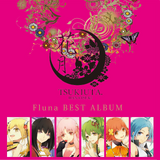 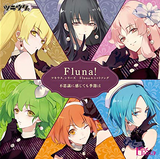