View here
Ichisaki Reina is an idol under Tsukino Talent Production, and part of the idol unit Seleas. Her corresponding month is October, together with Kannaduki Iku. Her producer is takamatt and she is voiced by Kurosawa Tomoyo.

Reina is a young fair-skinned female with long straight tanned hair that reaches a bit down her lower back. She has sky blue eyes and is a bit shorter compared to her other members in Seleas.

Reina is popular for her bright and lively personality. She knows a wide range of topics, so she tends to join into the mood of conversations easily. She has the courage of talking with anyone without hesitation, thus leading her to having a lot of connections. A good conversationalist.[1]

She likes fortune-telling and charms, not because she strongly believes in them, but because she likes the feeling of ease they give and leaves her luck to them as she moves about freely.[1]

She loves reading manga and watching anime, which gives her a lot of knowledge on subcultures worldwide. Once she entered dorm and no longer have anyone supervising her, Reina stopped restraining herself and fully enjoyed her hobbies. She loves doing live reports while watching late night anime. Eventually she became nocturnal and her eyes just clear up when night comes. Because she oftens stays up late, it's difficult for her to wake up early.

Before living in the school dorm, she lived with her parents, who apparently prohibited her from staying up late for watching late night anime broadcasts. Once she entered dorm and no longer have anyone supervising her, Reina stopped restraining herself and fully enjoyed her hobbies.[1]

As partners, Reina and Tsubaki seems to be getting along nicely. She's the tsukkomi to Tsubaki's boke, but sometimes she'll go with the flow with everyone else too.[2]

As both cannadates for the month October, Iku and Reina seem to get along well. They both also have a lot in common when it comes to sports and activites. 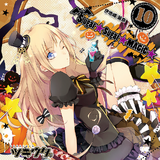 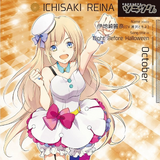 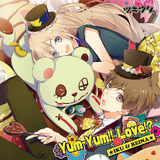 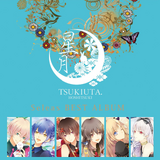 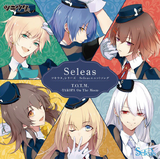 Retrieved from "https://tsukiuta.fandom.com/wiki/Ichisaki_Reina?oldid=17244"
Community content is available under CC-BY-SA unless otherwise noted.