Yes
Kisaragi Koi is the male representative for the month of February. He is an idol under Tsukino Talent Production, and is a member of the unit Six Gravity. His producer is Nijihara Peperon, and he is voiced by Masuda Toshiki.

Koi is a fair-skinned young male, with short bubblegum-pink hair and slightly darker pink eyes. The hairpins he regularly wears are gifts from his younger twin sister Ai. While initially one of the shortest among the male idols, he has experienced the most height growth in the past few years. He is also the youngest among the members of Six Gravity and Procellarum, having to debut at the age of 17.[1]

His theme color is pink.[2]

Koi is a naturally friendly, amiable type of person. He is good at socializing, making him a person with lots of friends from either gender and always encourages those who feel down. He is also described to be earnest, hard-working, straightforward, and quite well-informed. Because of this, he's made some startling connections.[1] As a result of his naturally extroverted personality, Koi gets along very well with their staff members.

Furthermore, he resembles a big brother's role by looking out for everyone, despite being doted upon by those older than him. He's also quite the mood-maker, and plays the funny man role and can throw sharp retorts, making him a reliable member of his unit.[1]

According to his profile, while he may look like a player, he has a strong moral sense.[1]

Koi is one of the twin children of his unnamed father and unnamed mother, a former Goddess. His younger twin sister, Ai, is also a Goddess Candidate. However, both Koi and his father are not aware of the Moon Society and Mrs. Kisaragi and Ai's standing as a former goddess and goddess candidate, respectively.

Like his classmate Kakeru, he made his debut during his first year in high school, although it was not specified how Tsukino Mikoto had scouted him in the first place.[3]

After being scouted, he, together with Shiwasu Kakeru, Mutsuki Hajime, Yayoi Haru, Uduki Arata, Satsuki Aoi, move into the Tsukino Dorms and the six subsequently form the idol unit Six Gravity.[4]

Not long after, upon finding out that Six Gravity's sibling-slash-rival unit Procellarum has been officially announced, Koi is very much shocked by the idea of having another unit under the same company they have to and the two units proceed with their idol work individually and side-by-side.[5]

Also, Six Gravity's Tsukiradi. broadcast, which he and Kakeru hosts together, celebrates its 20th broadcast sometime within the year.[5]

In December, he and Kakeru are also the first to release their duet CD.[6]

Kakeru finds he finds an abandoned shiba breed puppy during their photoshoots and is compelled to keep it, already giving the name "Croquette". The pair then managed to convince Hajime and Haru allow the pair to keep the puppy.[7]

Also, Six Gravity's Tsukiradi. broadcast, which he and Kakeru host together, celebrates its 50th broadcast sometime during the latter part of the year.[8]

In February, after all the duet CDs for both Six Gravity and Procellarum are released, Six Gravity releases their first CD as a unit, entitled "GRAVITY!".[9]

Six Gravity and Procellarum also hold their first live together, with all their songs featured in their second set of solo CDs, together with their cross-talks in-between solo performances during their collaboration live. He and Procellarum's Kannaduki Iku released their CDs in October.[10]

Six Gravity, together with Procellarum, and goddess candidate units and Seleas, celebrate the release of their individual best albums.[11]

Koi cares deeply for his younger twin sister and dotes on her quite often. While Koi may be the older twin and plays the big brother role well, people say that Ai is more reliable.[1]

Koi and Kakeru became instant friends when they first met at their missionary private high school.[4] He and Kakeru are often paired up together when it comes to idol work. His relationship with Kakeru is close enough to the point that they have fights.[13]

Since Koi has a generally lucky constitution, he with his good luck and Kakeru with his bad luck even each other out.[13]

He and Koi have also established a rule of sorts that if one of them can or has the time to do so, he has to take Croquette on a walk.[7][13]

Koi initially referred to Hajime as a powerful-looking person, similar to the last video game boss. Koi looks up to Hajime a lot, similar to a puppy looking up to its master, and holds a lot of respect towards him. The first time they had all gathered as a unit in the dormitory, Koi was the first to be subjected to Hajime's "Iron Claw", and among the younger idols is the one who is subjected to it the most.

While Koi's bright, lively, and rather a spontaneous personality is quite the opposite of Hajime's personality, Hajime harbors a soft spot for those younger than him and treats Koi (and Kakeru) as if they were his younger brothers.

Hajime also tutors Koi quite often, mainly due to Koi's naturally bad English skills. While it seems Hajime's tutoring method can be rigorous, Koi's grades have improved considerably, to the point that Koi's mother thought that Koi had been attending cram school.

Koi likes and respects Haru, and two get along quite well. Haru sees the Koi and the younger ones as those who liven up the dormitory and treats them as an older brother as well as serves as some sort of mother-figure. Also, Haru sees Kakeru and Koi as most suited to being the hosts of the Tsukiuta. Radio and places a lot of trust upon them, although sometimes questions the jobs given to them as that different from what idols usually do.

Koi instantly develops a certain level of dislike towards Arata, and vice-versa, and two lapse into an often-bickering relationship, often over trivial things, not due to opposite views, but because they're on the same wavelength. Instead of mutually understanding each other, they often clash instead. However, despite this, the two actually do get along well and agree on certain topics, as noted by their fellow unit members, but they vehemently deny this.

Aoi sees Koi as a cute younger brother. Koi, on the other hand, recognizes Aoi's status as a good-looking person. According to Kakeru, Koi usually develops a particular dislike for naturally good-looking people,[4] but Koi can't develop any negative feelings towards Aoi and is grows attached him, hoping that some of his high-specs would rub off on him. Nevertheless, he treats Aoi no differently than everyone else, seeing him as an older brother as well as a reliable coworker.

Koi gets along very well with You and tends to get excited over their random conversations.[14] 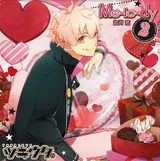 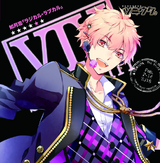 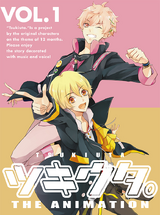 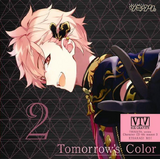 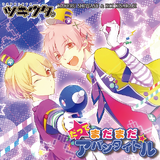 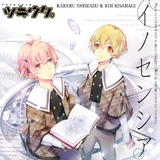 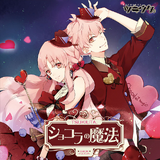 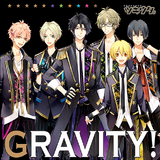 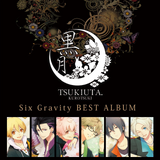 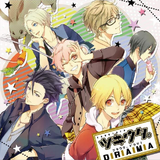 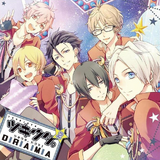 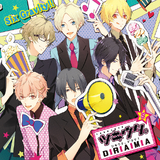 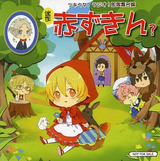 Retrieved from "https://tsukiuta.fandom.com/wiki/Kisaragi_Koi?oldid=18024"
Community content is available under CC-BY-SA unless otherwise noted.