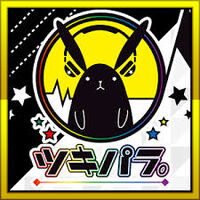 TSUKINO PARADISE (TSUKPARA. for short) was a mobile game that was developed by Bandai Namco Online. The game could be played on iOS and Android systems. It was a rhythm game with six buttons. The songs were from units under TSUKINO TALENT PRODUCTION, such as: TSUKIUTA. (men's side only), SQ, ALIVE, and ALTAIR THEATER.

The game has officially ended its service by 05 February, 2020.

If you are a new player then you only need to tap the screen and a cute bunny (USA) will lead you through the tutorial. For a full English walkthrough of the tutorial and other related guides please see the TSUKIPARA. guides list on the TSUKIPRO wiki. 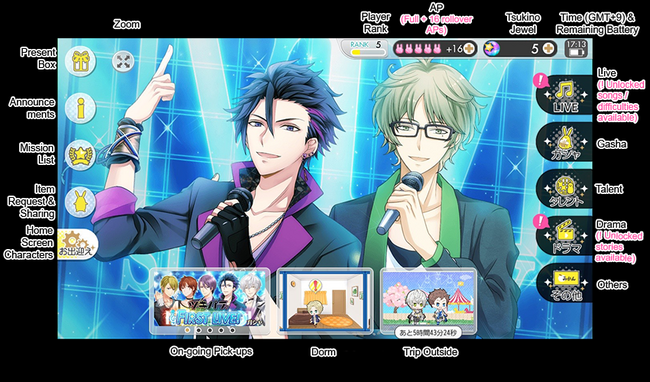 This was the main screen of TSUKINO PARADISE. If you clicked on the characters they would talk.

You would receive a gift every time you login. The character would change every month. 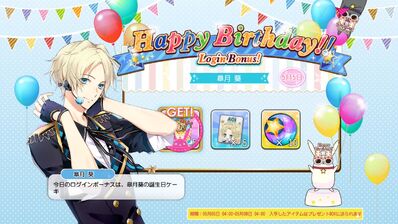 You would also receive a Birthday login bonus. You need to login three days consecutively to receive all the bonuses. The bonus would go to the present box. Above, Aoi (from TSUKIUTA.) appeared because it was his birthday month.